The Evolution of Blackjack 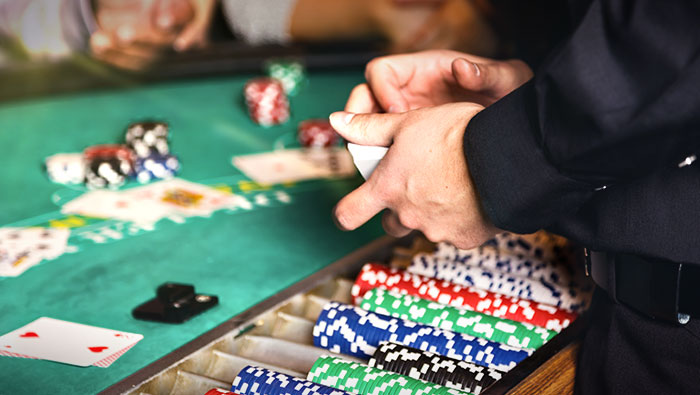 Blackjack is quite possibly the most popular casino game in the world, but it wasn’t always that way. While it’s clear that the French and Spanish enjoyed playing the game as early as the 17th century, Americans and Canadians were resistant when introduced to the game of Twenty-One in the 20th century. The rules were different than what they are now; only the dealer could double, and there were more betting rounds.

When gambling was legalized in Nevada in 1931, Las Vegas casinos struggled to sell Twenty-One. Americans thought the game was boring and found the payouts unappealing. In order to entice them, casinos began offering bonus payouts of 10-1 when players received a hand consisting of an Ace of spades and a Jack of spades or clubs. The hand was called blackjack. The name stuck despite the payout being removed years later.

Blackjack underwent a major change in the 1960s when Edward Thorp, a math professor, wrote and published the bestseller Beat the Dealer. Thorp developed a mathematically sound way to count cards and flip the house edge over to the player. By this time, blackjack had become quite popular, and the publication of the book further boosted the game’s popularity, paving the way for professional blackjack players.

Casinos had to respond fast. Skilled players were winning millions, and professional blackjack teams kept popping up. Additional card decks and automatic shuffling machines were introduced, making it harder for players to count cards. Cameras were also installed, and casino management would exercise their right to deny service to suspected card counters.

As blackjack players continue to learn new ways to beat the dealer, the game will keep reacting and evolving, as it has since its inception. The Spanish writer Miguel de Cervantes, author of Don Quixote, referenced blackjack in a short story he wrote as far back as 1601. He wrote about a couple of cheats who figured out a way to beat veintiuna (Spanish for 21), a game that required players to get as close to 21 without busting. The modern-day game may look different from its Spanish predecessor, but people’s desire to beat the system will never change.