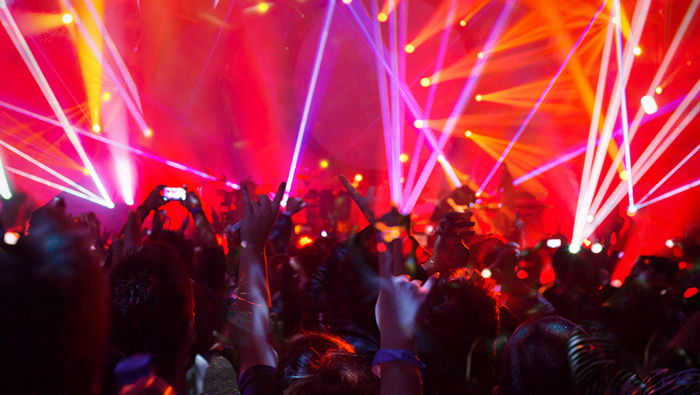 After a couple days of lounging, drinking and chatting up babes in string bikinis, my buddy Jake and I are getting pumped up for Carl Cox’s Music is Revolution show at Space Nightclub. Flyers and posters advertising the show are plastered everywhere.

Carl Cox made a name for himself in the British house and techno scene in the mid ‘80s and hasn’t looked back since. DJ Magazine named him No. 1 DJ in the world in ’96 and ’97, and he’s currently ranked No. 2 on the DJ Ranking List. This year is especially important for Carl Cox fans because after 15 years, he’s retiring his residency at Space Nightclub, which is closing in October. This is the last year to catch him throwing down beats as the King of Ibiza.

Getting ready for the event is tricky. There aren’t a lot of dress codes – I actually saw a hairy bro in a neon green banana hammock that reached around his neck – but you can’t get into VIP lounges sporting shorts and flip-flops. The clubs are hot and sweaty as you can imagine, but the lounges are cooler. Breezy cotton pants and a t-shirt are on tap for me, but Jake refuses to wear anything that’s not neon-coloured. He looks like a peacock trying to attract mates out there.

The club opens at midnight, but, just like any awkward work party, no one wants to be the first one there. Cox won’t come on until 3 AM, so we plan on showing up around 2. That should leave us with enough time to get liquored up and find a couple bottle babes to share the VIP experience with. The view is better from up there.