Spin Through the Ages with A Switch in Time 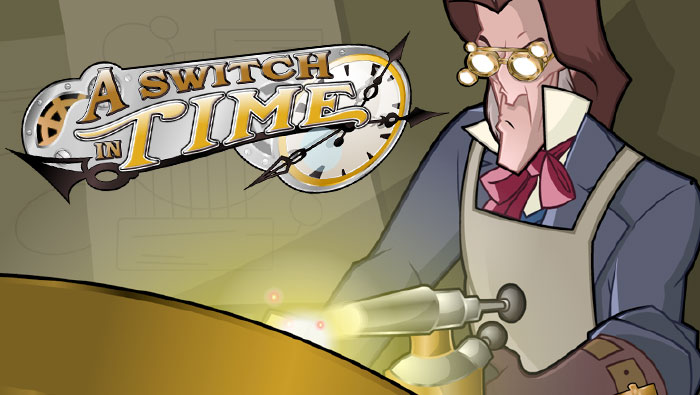 We had the pleasure of test-spinning A Switch in Time, one of many Rival games added to Bodog Casino’s growing roster, and we’re happy to say we like what we see. No need for a DeLorean or a functioning flux capacitor to travel the space-time continuum. You can now spin through the ages by firing up your desktop or mobile. From its fun theme and original three-round playing process to its bonus rounds and flexible betting limits, we think this feature-rich game is one worth spinning. As Back to the Future fans, we could not be more excited about the theme. Though we expected more in terms of graphics, the Anime-style artwork is both original and easy on the eyes. The symbols are in line with the theme which is always a plus, and the great thing is that as you progress through the game, the visuals change based on the period of time you’re playing in (past, present or future).

As for features, anyone who’s ever spun an online slot will recognize they’ve hit the jackpot. From the game’s wilds, Free Spins feature and bonus rounds, to its three rounds that come with different symbols, graphics and payouts, there is never a dull moment. As for our favourite bonus element, we’d have to go with the game’s A Switch in Time Bonus Round, which is triggered by landing three or more Time Machine scatter symbols. You’ll get to press buttons on the machine, each of which is worth a prize, and the machine’s needle will move further into the past until it reaches the max. You’ll then be transported into prehistoric times and spin a whole new set of symbols. If we’re going to be picky, the only real criticism we have has to do with the game’s soundtrack (if you want to call it that). Both boring and repetitive, we suggest hitting the Options button and turning the audio off for a more pleasant time-travel experience. As far as the game’s layout goes, we’ve seen smoother interfaces; however, the design does not detract from the game’s overall ease of play.

As for our final verdict, we think this online slot deserves no less than a 5-star rating. Its theme is enticing, its graphics are original and the three-round structure will keep any spinner on their toes! Though probably best suited for intermediate and advanced spinners, novices should not shy away. Try out a few rounds of practice play, allowing you to play for free, before taking a spin in a real-money game.