Travel Back in Time with Cleopatra’s Coins 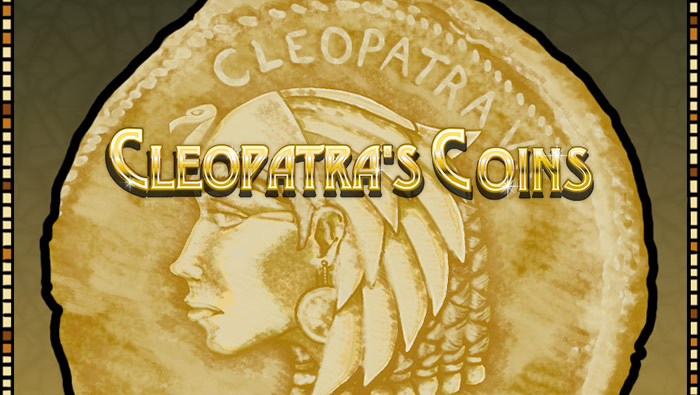 After taking this alluring 5-reel, 15-line slot for a spin, we’re glad to say that we had an amazing time exploring the legacy of ancient Egypt’s most exalted queen.  Cleopatra’s Coins is one of many new Rival slots that have been added to Bodog Casino’s ever-growing collection of online games. From its Egyptian theme and great storyline to its overall user-friendliness, we’re sure that slots players of all walks will be enchanted by Cleopatra’s infinite variety. When it comes to the theme, Cleopatra’s Coins has done a fantastic job with emphasizing the queen’s general seductiveness as well as her flare for drama and authority. The game opens with a brief video, which shows the Romans landing on the banks of the Nile. Lead by Julius Caesar and Marc Anthony, a team of Romans makes it to Cleopatra’s throne-room, and the queen herself, while scantily clad, looks both dangerous and displeased by the intrusion. She’s challenging the player – revealing exactly how much is at stake and how much can be won. A tease and a challenge.

There’s no denying that the graphics could be better. The dramatic opening animation sets up fairly high expectations, and the reels and scatters are fairly flat and basic. Still, and in the game’s defense, sometimes basic is good: there’s less to remember, especially when you’re looking out for combinations that can get you the big payout. The Egyptian theme does carry over nicely into the symbols and icons – the icons range from golden scarabs, hieroglyphs, and Cleopatra’s profile to Julius Caesar and a hissing snake. As for the game features, players can expect the standard 5-reel, 15-line configuration. The paytable is one of the game’s best features. Normally slot game paytables tend to be all over the place, but Cleopatra’s Coins’ table ensures that players will easily find all the information required in an organized format. The bonus round is also an added plus. Make it this far into the game and Cleopatra’s secret chamber of riches is unlocked, with plenty of prizes hidden inside urns. Smashing them to smithereens is a lot of fun.

We’re giving this game 4 stars. Had the graphics upped their game a bit, this game would’ve been an easy 5. Of course, the game still does a great job of spicing up the traditional slot format – offering a new and historic twist on the standard 7s and bars. Also, it’s difficult to go wrong with Cleopatra – she always captures the imagination.