The Origins of Video Poker 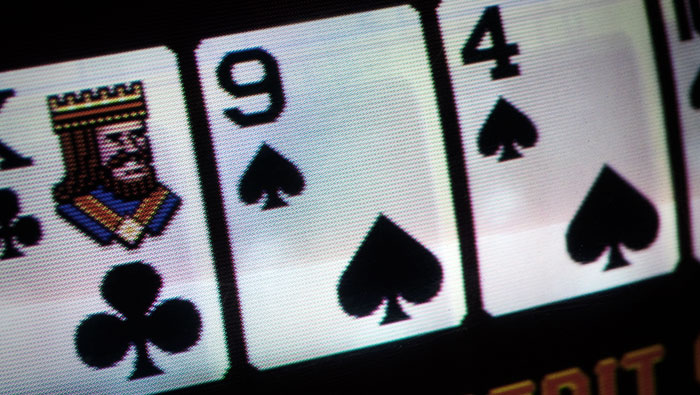 Before draw poker made it to video screens, it was played mechanically, much the same way slots began. But instead of reels, the first poker machine operated on drums. Each drum held 50 cards, and there were five drums total. Sittman & Pitt created this rudimentary poker machine in 1891, inspiring Charles Augustus Fey to invent the slot machine four years later.

Poker machines cropped up in saloons in America in the late 19th century and early 20th century. To play, people put coins in the slot and pulled the lever, which activated the drums. Five cards appeared, and if you landed a poker hand, you won, but not automatically. The original Sittman & Pitt machines didn’t have an automatic payout. Dubbed “Trade Stimulators,” these machines essentially traded players’ coins for prizes like drinks and cigarettes.

An automatic payout was added in 1898, when Charles Fey created the Card Bell, which paid up to 20 coins. It evolved once again three years later, in 1901, when Fey invented the “Hold” button, creating draw poker as we know it. The button allowed players to hold onto the best cards in their hand and replace the unwanted cards by drawing more. This addition helped classify poker machines as a combination of skill and luck, whereas their slot counterparts were purely luck-based.

It wasn’t until 1970, that an electronic poker machine made its way to a casino. Poker-Matic, manufactured by Dale Electronics, didn’t have a video monitor and failed to find success, but inspired video poker. Nine years after Poker-Matic was introduced to casinos, Si Redd, a distributor for Bally Gaming, improved on the idea and pitched it to his employer, but Bally wasn’t interested in branching out from slots at the time. Nonetheless, they allowed Redd to patent his idea. He later approached Fortune Coin Company with the idea, and together, they mass-produced the units.

With two pairs required to trigger the minimum payout, video poker was a tough sell when it started. But when the minimum hand changed to a pair of Jacks, people got on board, and the game took off. Video poker was ideal for players who enjoyed skill-based games, but didn’t like the pressure that came with table games, and that’s still the case today. Find a video poker aficionado, and you’ll likely find a sharp player who enjoys solitude.