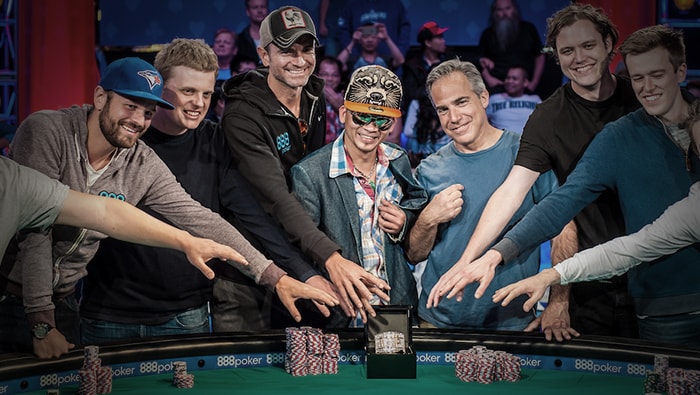 It must be summertime already, because the World Series of Poker is about to begin. Tens of thousands of players are descending on Las Vegas right now, getting ready for May 30 and the first day of action at the Rio All-Suite Hotel & Casino. Has it really been a year since Qui Nguyen won the Main Event?

Actually, no. Nguyen took down the most important poker tournament in the world on November 1, 2016, not even seven months ago. That won’t be happening again under the new four-year agreement between the WSOP, ESPN and Poker Central; the November Nine concept has been scrapped, and this year’s Main Event champion will be crowned July 22 instead. Here are some of the signature tournaments we can look forward to this year:

Ben Keeling earned himself $1 million by surviving a massive field of 21,613 entrants at last year’s Colossus. The tournament was a big success after working out some of the bugs from the inaugural 2015 event. This year, there will be three starting days from June 2-4 with two starting flights each day, and you can re-enter the tournament anytime during that three-day span.

The poker universe went bananas last year when Fedor Holz took first place and just shy of $5 million in this event, after what had already been one of the most successful summers in the history of the game. This year’s High Roller for One Drop has been moved up to the front of the official WSOP schedule, but many media outlets still have it listed for July, so be forewarned.

Winning the Main Event is nice, but if you truly want to be considered one of the best poker players in the world, this is the tournament you want to win. Brian Rast did it last year, beating Justin Bonomo in heads-up play for nearly $1.3 million. There are “Mega” satellites running for both the Poker Players Championship and the High Roller if you’re having trouble coming up with the buy-ins.

Nguyen turned poker on its head last November. But without that four-month gap before crowning a champion, it’ll be harder for less established players to get the coaching they need to survive the rigors of a Main Event final table. Harder, but not impossible: Jerry Yang had been playing poker for two years when he won the 2007 Main Event, which was the last Main Event before the November Nine format was introduced.