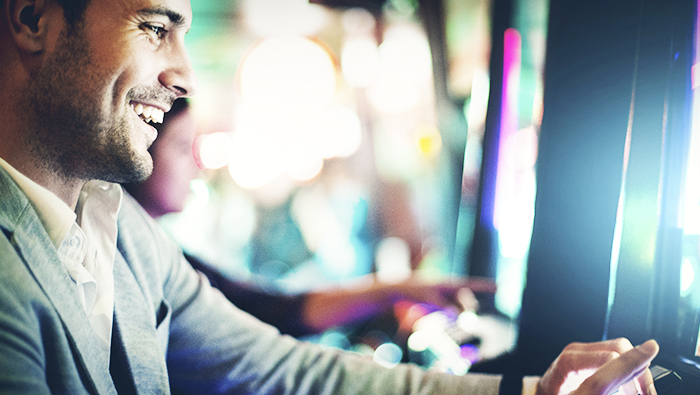 We all dream of sliding a bill into a slot machine, spinning the reels, once, twice, and then watching the three most-coveted logos line up for a massive jackpot – one so big that it needs to paid by a mammoth-sized cheque in front of hoards of paparazzi. Sounds good, doesn’t it? As rare as these wins are, five individuals managed to beat the odds and collect life-changing payouts.

$39.7 Million
A 25-year-old software engineer, who wanted to remain anonymous, is the biggest slot machine winner on record. On March 21, 2003, the Los Angeles resident reportedly put a $100 bill into a Megabucks slot machine at the Excalibur in Vegas and walked away with an astounding $39.7 million.

$34.9 Million
Megabucks paid out a massive $34.9 million just three years before the software engineer’s win, and the lucky winner was a 37-year-old cocktail waitress named Cynthia Jay-Brennan. The Megabucks was located at the Desert Inn, which has since closed.

$27.5 Million
A 67-year-old retired flight attendant intended to put $100 in a Megabucks machine at Palace Station, but accidentally put in $300 instead. A $27.5 million payout wiped away any frustration she felt regarding the mishap.

$21 Million & $4.6 Million
Elmer Sherwin hit a $4.6 million jackpot playing Megabucks at The Mirage and used the winnings to travel the world at the age of 76. If that wasn’t enough, 16 years later he won an additional $21 million by triggering the same jackpot. The 92-year-old donated a large sum to various charities, including victims of Hurricane Katrina.

$22.6 Million
Johanna Huendl, a 74-year-old woman Austrian/American woman, was on her way to breakfast at Bally’s Casino on March 27, 2002, when she decided to try her luck at the Megabucks machine. She saw a man win the night before and wanted to see if she could get the $3,000 progressive. After landing three Megabucks logos on the payline, she couldn’t believe her eyes and thought the payout was for $2 million. Nope, add an extra $20.6 million.