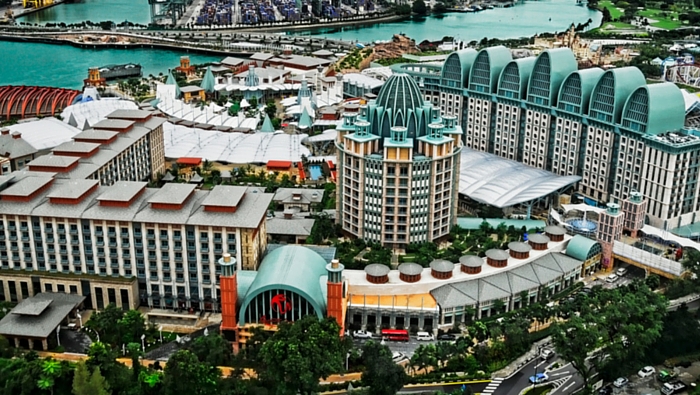 We’ve heard the saying: To make money, you’ve got to spend money. And the developers looking to reap the rewards of successful gambling establishments pay hefty price tags to get them up and running. To give you an example of the costs associated with luxury casino resorts, we’ve rounded up five of the most expensive ones ever constructed.

The biggest casino in the world, the Venetian Macau, opened in 2007 after $2.4 billion was invested in its construction. Owned by Las Vegas Sands, the Venice-themed resort was designed after the Venetian Las Vegas. You’ll find the same aquamarine canals spotted with gondolas in the Macau location that are present in the Vegas version. Steve Wynn’s fourth casino development, the Wynn, opened in Las Vegas in 2005. At $2.7 billion, the construction cost surpassed that of the Bellagio ($1.6 billion) – Wynn’s third casino development. The Wynn was the biggest privately-funded construction project at the time and the gold reflective building became iconic to the Vegas strip.

The Cosmo, short for the Cosmopolitan of Las Vegas, is a newer casino resort, having opened in stages in 2010. The resort boasts 110-square-foot terraces with killer views in many rooms. The island of Sentosa is home to one of the most expensive casino resorts in the world. Sitting on a 120-acre plot, Resorts World includes a casino, a water park, an aquarium a Universal Studios theme park, seven themed-hotels, numerous restaurants and more. The resort was opened merely 34 months after construction started. Las Vegas Sands developed the Marina Bay Sands in Singapore, coughing up $5.7 billion for the off-shore venture. The resort is worth a trip to Singapore for their infinity swimming pool, which overhangs a tower, making it feel like a tropical ocean hovering over a busy city. Adding City Center Las Vegas is a bit misleading because it’s a mixed use development that includes residential condos, but it does hold the record for the biggest privately funded development in the US. The bill was footed by MGM Resorts and Dubai World