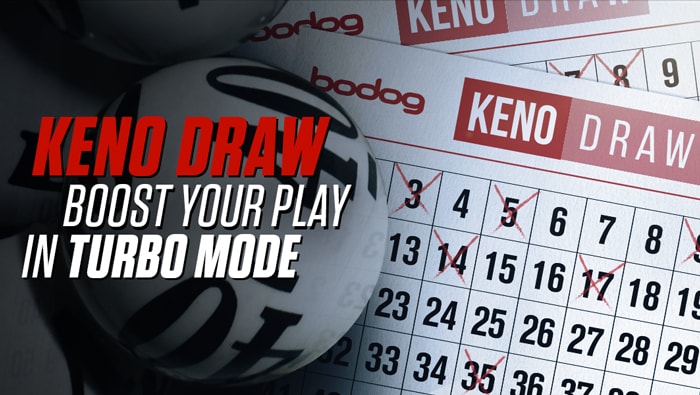 For a completely new Keno experience, we’ve added Keno Draw to our Specialty Games section. This new version has a modern appeal; if you’ve played some our newest table games, you know what we’re talking about. These games have an intuitive interface, mobile capabilities, and customizable screen settings. Keno Draw makes all other versions feel outdated.

If you’re new to Keno, the game is essentially a lottery. You choose up to 15 numbers from 1 to 80, and the game draws 20 numbers. You need a certain amount of numbers to hit in order to win a payout; the number requirement varies depending on your selections, and is displayed on a pay table. It’s simple and straightforward, and we’re pleased to offer an online version that plays as intuitively as the physical game.

Like most casino games, there are a few perks to playing Keno online. With Keno Draw, you can take advantage of the My Numbers feature. Save up to 15 of your lucky numbers to speedier game play. As you can imagine, manually selecting your numbers for each round can become tedious, so the My Numbers feature helps speed up the process. You can think of it like Quick Pick, but instead of random numbers, they’re your lucky ones.

Another feature exclusive to online play is the AutoPlay function. Set up your favourite numbers, or if you prefer, use the Quick Pick option, then use AutoPlay to let up to 50 rounds fly by. If you want to end things prematurely, use the “Stop AutoPlay” button, and after the current round finishes, the AutoPlay stops.

Speed Things Up with Turbo Keno

To further speed things up, the game has a Turbo Mode that reveals the round’s 20 selected numbers instantly. As is the case with most lotteries, numbers are displayed one at a time to build suspense, but if you want to get to the point, Turbo Mode will cut the delay.

If you’ve played Keno at Bodog before, you’re probably familiar with the Round Hits table on the right side of the screen. It records how many numbers you hit for each round. The only issue is it resets after each session of 1, 5 or 10 rounds. With Keno Draw, the Winning Rounds function replaces the Round Hits table, and it provides more detail. With a quick glance, you’ll know your game history, including the number of hits, winning rounds, and the amount won for each round.

With the release of this slick new version, Keno is back in style. You can even customize your screen by choosing one of six colour styles: green, blue, orange, red, pink and tan. Figure out your preferred Keno style at Bodog Casino today.