American vs. European Roulette: How Are They Different? 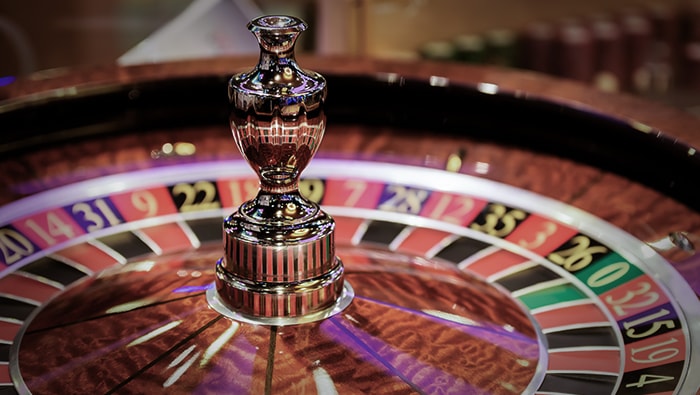 Depending on where you live, you may be familiar with just one kind of roulette. But there’s more than one way to play this incredibly popular table game. Roulette falls into two distinct, yet similar styles: American Roulette, and European (aka French) Roulette. The European version came first, and as you may have already guessed, it started in France, as far back as 1796. French settlers first brought their roulette wheels to America in 1810, then riverboat gambling made the game popular in the 1840s, changing some of the rules along the way.
The biggest difference between American and European Roulette is the number of spaces on the wheel. Each one features the numbers 1-36, half of them in black and the other half in red. Both wheels also have the number 0 in green, but American Roulette also has a green space for double-zero. Contrary to popular belief, the double-zero isn’t an American invention – the original French wheel had it, too. It was a German casino that adopted the single-zero in 1843, and this is the version that became popular across Europe during the 19th Century.

Thanks to the internet, you can play both versions of roulette at Bodog Casino. European Roulette does give you a lower house edge, 2.70% on average compared to 5.26% for American Roulette. But there are other differences you should know about before playing. The European layout is more complex. In addition to the familiar 0-36 grid, you’ll see a separate racetrack oval with the same numbers, allowing you to make special “call bets” (aka French bets) as follows:

Voisins du zéro (“neighbors of zero”): A combination of nine bets, using only the numbers in this section of the oval.

Orphelins (“orphans”): A five-bet combo featuring the numbers in this section.

Tiers du cylindre (“third of the wheel”): A six-bet combo, especially popular in the UK; also known as the small series or series 5-8.

When you play European Roulette at Bodog Casino, you have the option of placing any of these call bets, as well as the standard inside and outside bets. There’s one more bet you may not be familiar with: the jeu zéro (“zero game”). You won’t find that name on the table layout, but if you place a bet on the single-zero inside the oval, it’s actually a five-bet combo, similar to the zero spiel naca bet that’s popular in Eastern Europe.

You might find some other variations in betting and payout structures when you’re playing live, but these are the common differences between American Roulette and European Roulette. Try them both for free at Bodog Casino using the Practice Play mode and see which you prefer; you’ll also have the choice of classic or modern layouts for both games. Laissez les bons temps rouler!